Chartered in 1761 by New Hampshire Governor Benning Wentworth, who named it after Prince Rupert of the Rhine, Rupert is located in the unspoiled northwest corner of Bennington County. We are bordered on the west by Washington County, New York; on the east by the town of Dorset; on the north by Pawlet; and on the south by Sandgate. As chartered, the town was intended to be a six by six mile square, but modern surveys show it comprises 39 square miles. Rupert has three villages. Rupert and West Rupert are located within two miles of each other, close to the New York border, and are designated Village Centers, while East Rupert shares a border with Dorset. The town office is located in West Rupert.

According to the 2010 census there were 714 residents, quite a decline from the historic high of 1630 recorded in 1810. Rupert was long an agricultural community, and until the 1950s it fit with Vermont’s “more cows than people” reputation. Livelihoods are more mixed now, but there are still several working dairy farms, as well as maple sugaring operations and specialty farms. From the mid-19th century Rupert was served by the Washington Branch of the Delaware and Hudson Railway. By 1980 rail service had ceased and the railbed is now a rail trail.

Rupert once had eleven schools, with 600+ students spread around all parts of the town. That number gradually declined to two and finally to none. Rupert is now in a school district with neighboring Pawlet, where the elementary school, Mettawee Community School, is located, while secondary students choose among schools in nearby towns.

We hope that all users –residents , visitors, and others– will find our website useful. We welcome comments and suggestions. 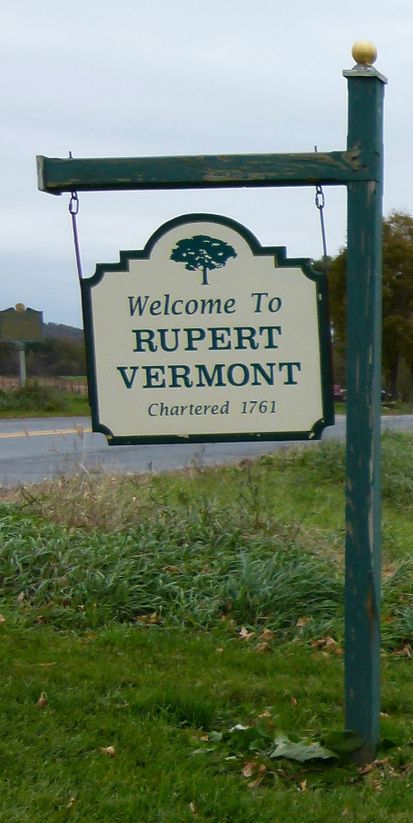